Childcare is available if needed

Spaces are limited. A six-week commitment is required

This program is for parents. 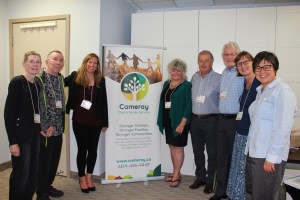 On Tuesday, September 26 Cameray Child and Family Services opened its doors to their community partners and funders for an Open House to celebrate Cameray’s 45th birthday! We also were celebrating our 25th anniversary at our location on Imperial Street in Burnaby, and the grand opening of our new expanded space at that location! 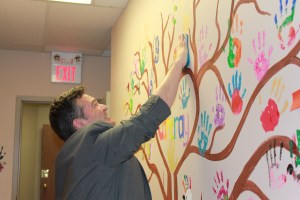 We had a great turnout. Guests enjoyed guided tours of the program space, an opportunity to place their handprint on our Cameray Tree and to make a “mindfulness jar” (an example of a therapeutic craft often done in counselling sessions), an abundance of food, and some great doorprizes.

Guests of note were Raj Chouhan, MLA for Burnaby-Edmonds, and Bernard Richard, the Representative for Children and Youth in BC. 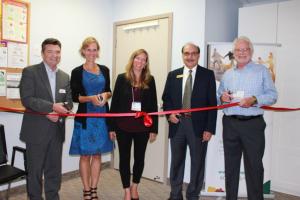 The event culminated in a ribbon cutting to mark the grand opening of our newly expanded space. Ribbon cutters included (as pictured from left to right) : Bernard Richard, BC Representative for Children and Youth; Jennie Ireland, Director of Operations, MCFD Burnaby; Tracey Rusnak, Executive Director; Raj Chouhan, MLA; and Don Macdonald, President of the Board of Directors.

Come and join us for our Community Kitchens groups at

END_OF_DOCUMENT_TOKEN_TO_BE_REPLACED

Come and join us for our 5-week Community Kitchens group at Edmonds Community School, starting Friday, February 5th to March 11th, 2015, from 9.15am to 12.00pm.

These kitchens are funded by Burnaby Empty Bowls.

Come and join us for our 4-week Community Kitchens group at Shiloh-Sixth Avenue United Church, starting Tuesday January 19th to February 9th, 2016, from 9:30am to 12:30pm.

These kitchens are funded by NutritionLink Services Society.

Have you ever felt like you and your teen are speaking different languages, worried about your relationship with your children or felt alone in parenting? The Connect Parenting group provides a supportive environment for parents to learn about attachment and how it relates to their relationship with their children over a 9 or 10 week period. There are 9 attachment principals that are taught throughout the weekly group. END_OF_DOCUMENT_TOKEN_TO_BE_REPLACED

A big thank you to everyone who attended and helped plan 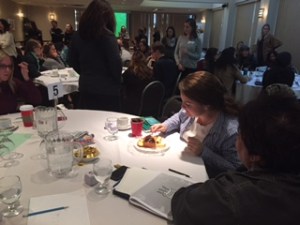 our successful fundraising workshop, Working With Trauma in Children and Youth.

Please check out our events page  for future workshops and training opportunities.

END_OF_DOCUMENT_TOKEN_TO_BE_REPLACED